Annuities Provide Stability, But You Pay A Price For It

Many retirees, worried that they’ll outlive their savings, are turning to fixed and variable immediate annuities, which can guarantee a lifetime of income. But beware of their fees and inflation susceptibility. 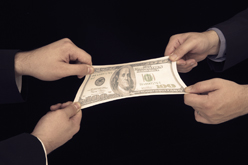 With a fixed annuity, you trade a lump sum of cash to an insurance company. In return, the insurer promises you regular income payments for a defined period or for life. Your income payments are mostly determined by your life expectancy and how much the insurance company believes it can earn on your money. Because the insurer fixes payments based on the longevity of its entire pool of annuity customers, some of whom will die early, your monthly payments tend to be larger than you could earn on your own from similar interest-bearing vehicles.


An immediate annuity’s fixed income stream means no more worries about securities markets or interest rates—seemingly just what the doctor ordered to get you sleeping at night. But in today’s interest rate environment, the fixed nature of payments is also a potential drawback to an immediate fixed annuity. You’re locking in a relatively low interest rate for years to come, and a future brush with inflation could put you right back pacing the floor. This is what happened to retirees who retired on fixed-income pension plans in the early 1970s. Inflation of the late-1970s and early 1980s dramatically eroded the value of their income.


A variable immediate annuity is an alternative. The insurer invests part of your money in an equity-based portfolio and fixed-income securities that promise to pay a fixed amount. Your income payment can go up or down based on the portfolio’s performance. One catch: early payments from a variable annuity are generally lower than those of a fixed annuity, and fees are higher. Typical total costs may range from 1.5% to 2% annually, with some variable annuities charging as much as 2.5% annually.

Choosing between fixed and variable? “I’d give strong consideration to the variable,” says David M. Cordell, professor of finance at The American College in Bryn Mawr, Pennsylvania. “Even if the stock market performs only moderately well, variable immediates will outperform fixed immediates by a large measure over the long haul.”


But you must be aware of the stock market risk of a variable annuity and weigh the possible returns and risk against the fixed annuity’s ironclad guarantee and lower costs. The fixed annuity helped new retirees avoid the bear market losses that fractured so many nest eggs, throwing many recent retirees into a fiscal crisis.


Beyond their ability to soothe retirees’ fears, annuities can also serve as a way to build a personal pension plan, suggests Geoffrey Bobroff of Bobroff Consulting, a fund industry advisory firm in East Greenwich, Rhode Island. “Most baby boomers, unlike their parents, don’t have a defined-benefit plan to fall back on,” Bobroff says. “If I think I need $1,000 a month to cover essentials, I could buy an annuity to produce that income. If?I have a $500,000 portfolio, ideally I would invest part of it in guaranteed products like annuities and part in vehicles carrying more risk to generate growth.”


One drawback to immediate annuities: their performance depends on how long you live. Beat the actuarial tables and live longer than expected, and you’ll make out well. But if you die before your time, the return could be paltry.


While some annuities promise to pay your heirs for unused benefits, your initial monthly payments will be smaller to pay for that promise to be put in a rider.


Finally, while immediate annuities may have a role in some retirement plans, if you have a substantial portfolio you may also want to consider creating your own withdrawal program. It might deliver more flexibility and greater returns than you’d get with an immediate annuity.