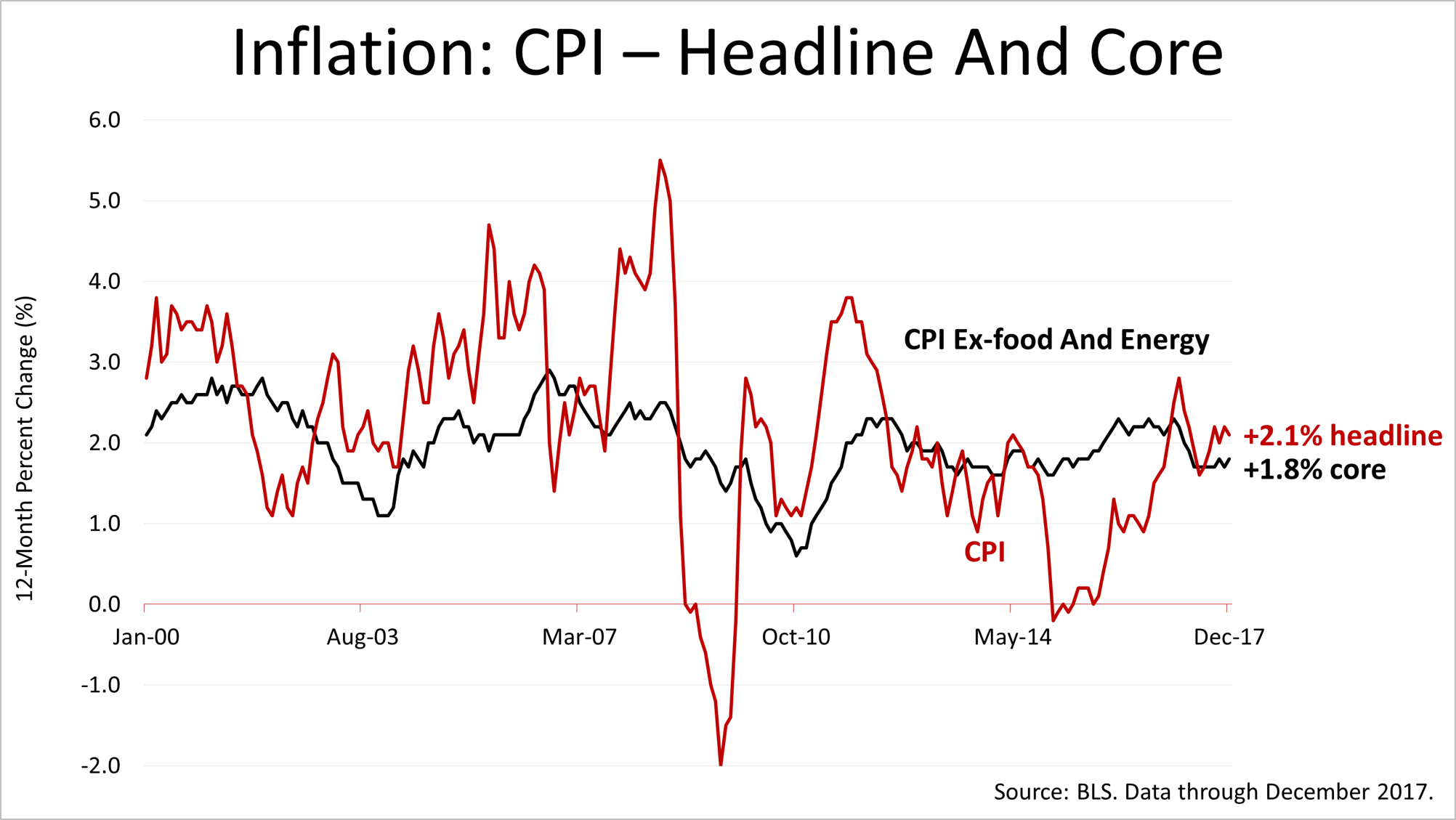 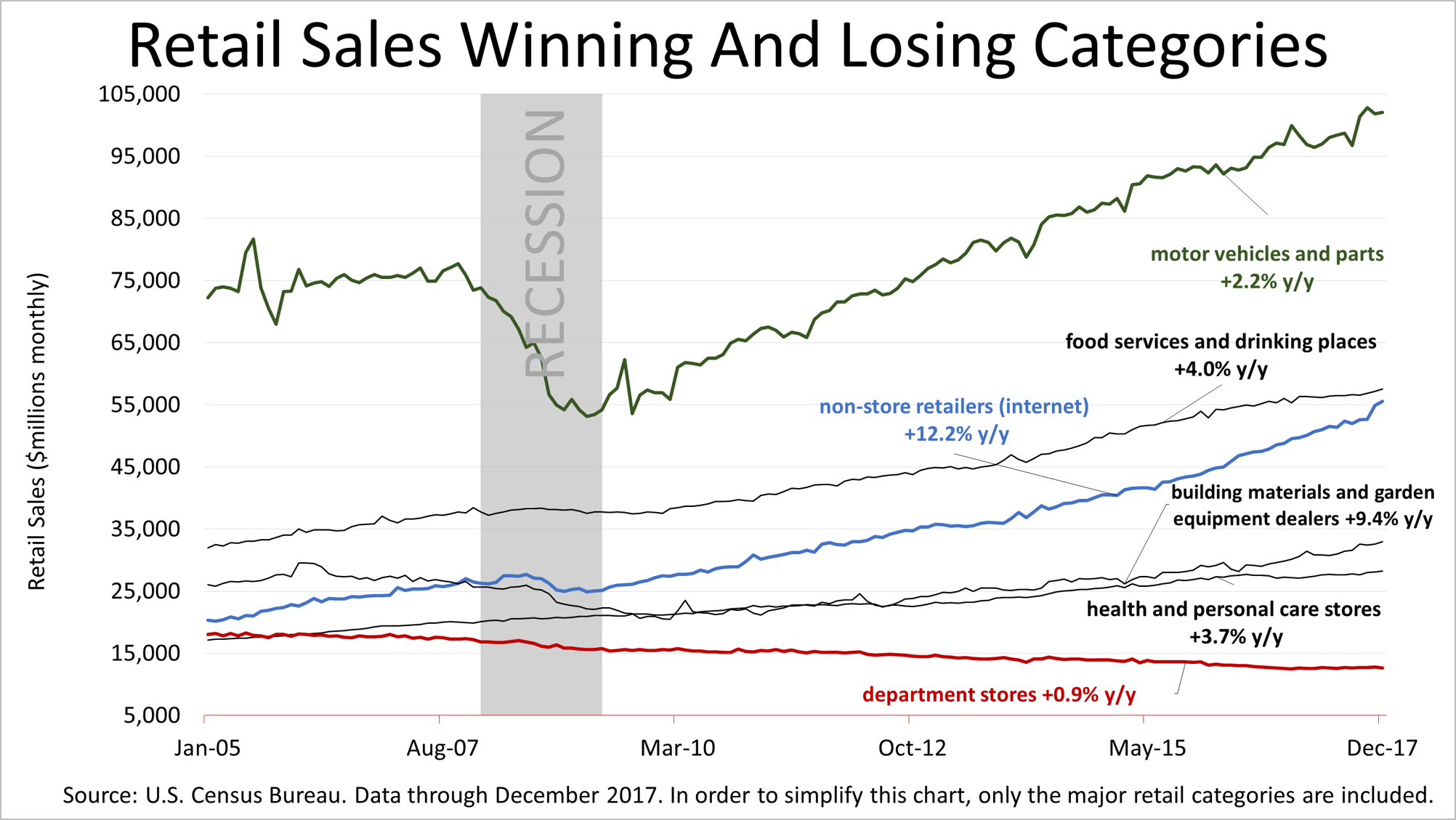 Drilling into the retail sales figures, in the 12 months through December, online sales grew explosively and non-store retail sales shot up 12.2%. 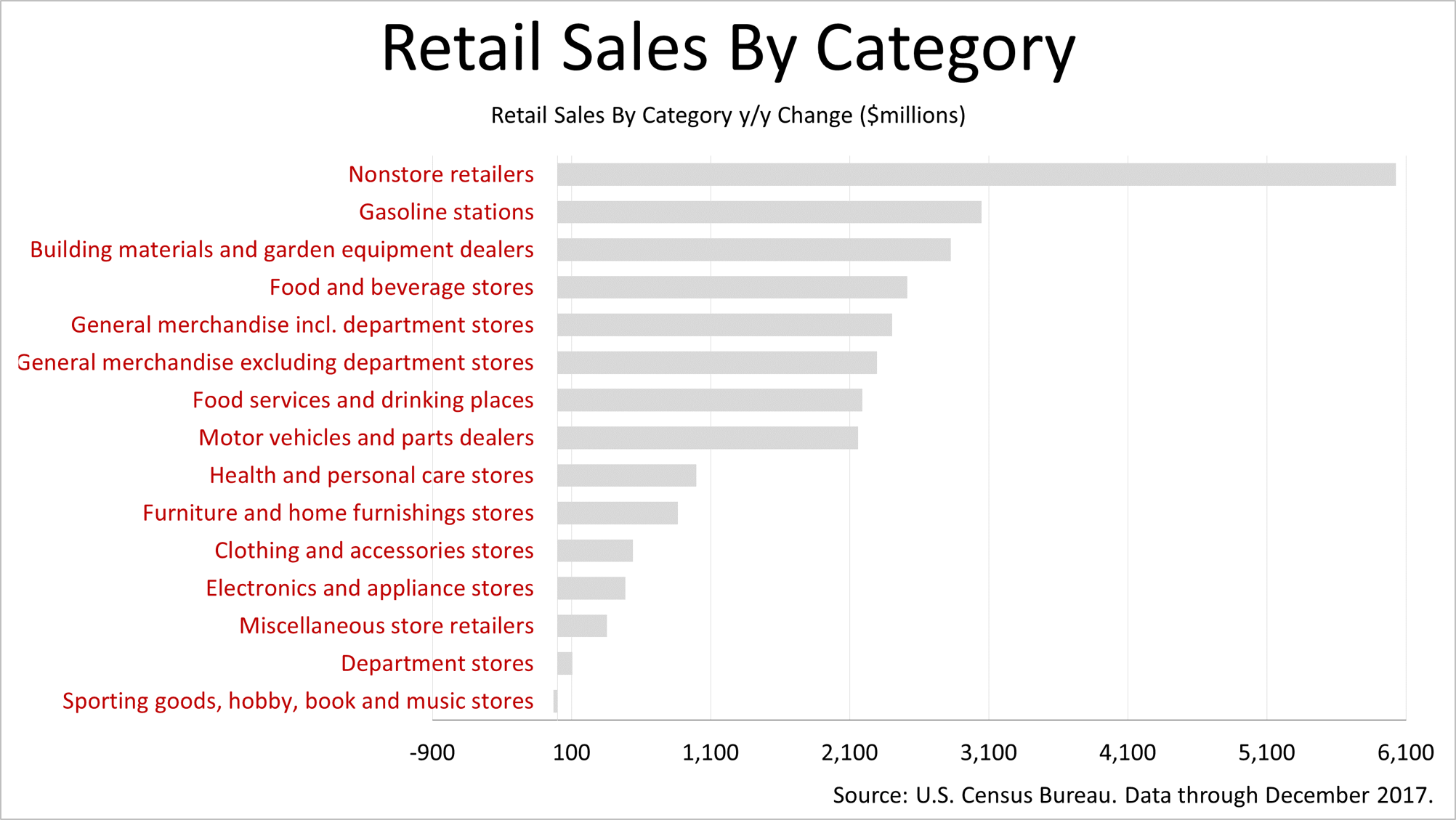 
Even as Walmart boosted its minimum wage to $11 last week, it announced plans to close 60 Sam's Club big-box retail locations.

Job losses in department stores and other traditional retail locations have been more than offset by new hiring from online retailers. 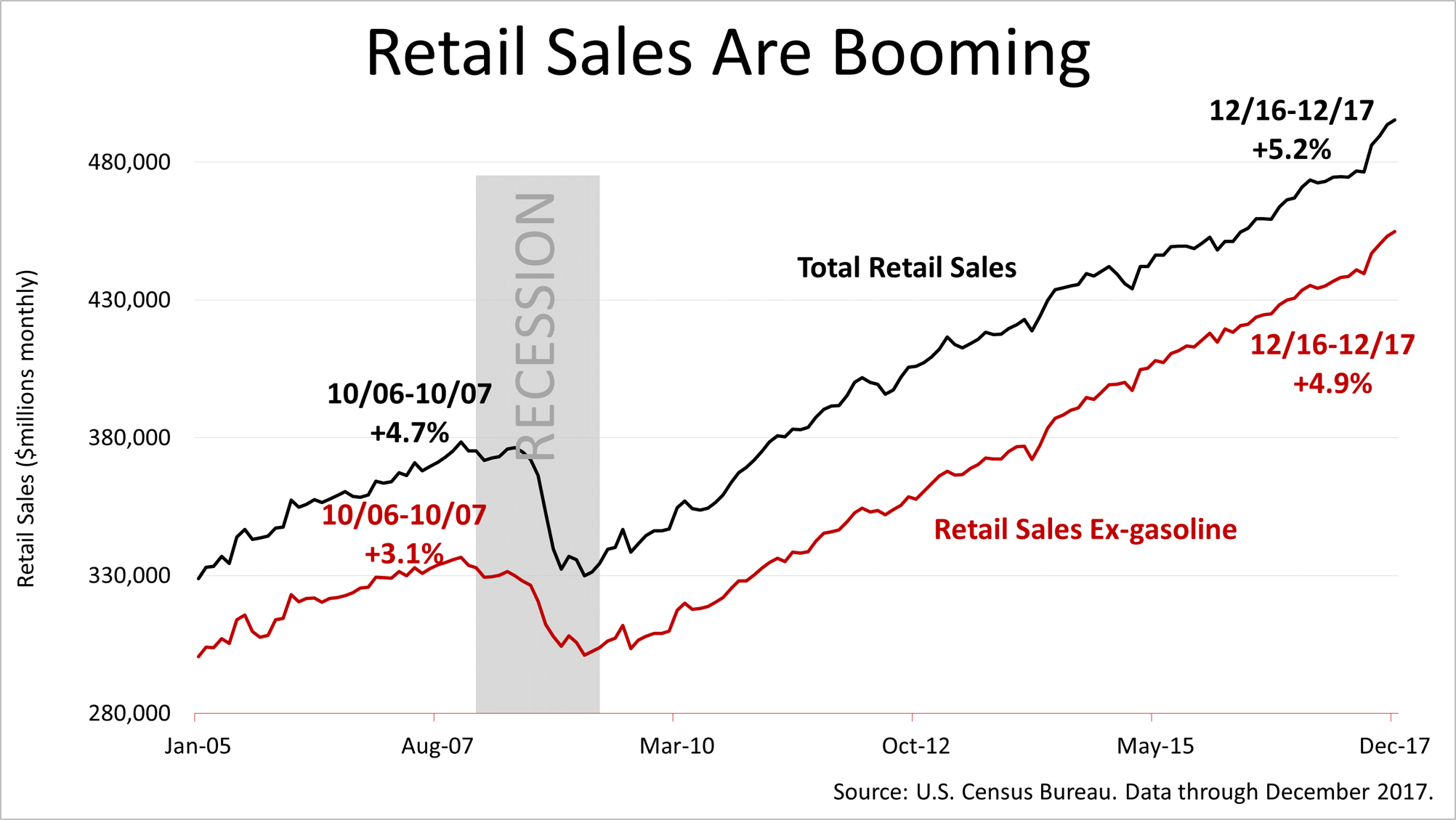 Retail sales excluding gasoline in the 12 months through December grew 50% faster than in the last expansion, and more strength seems highly likely.


In the next month, new low tax rates will boost paychecks. Consumers are going to get a lift in net income. They will have more money to spend. 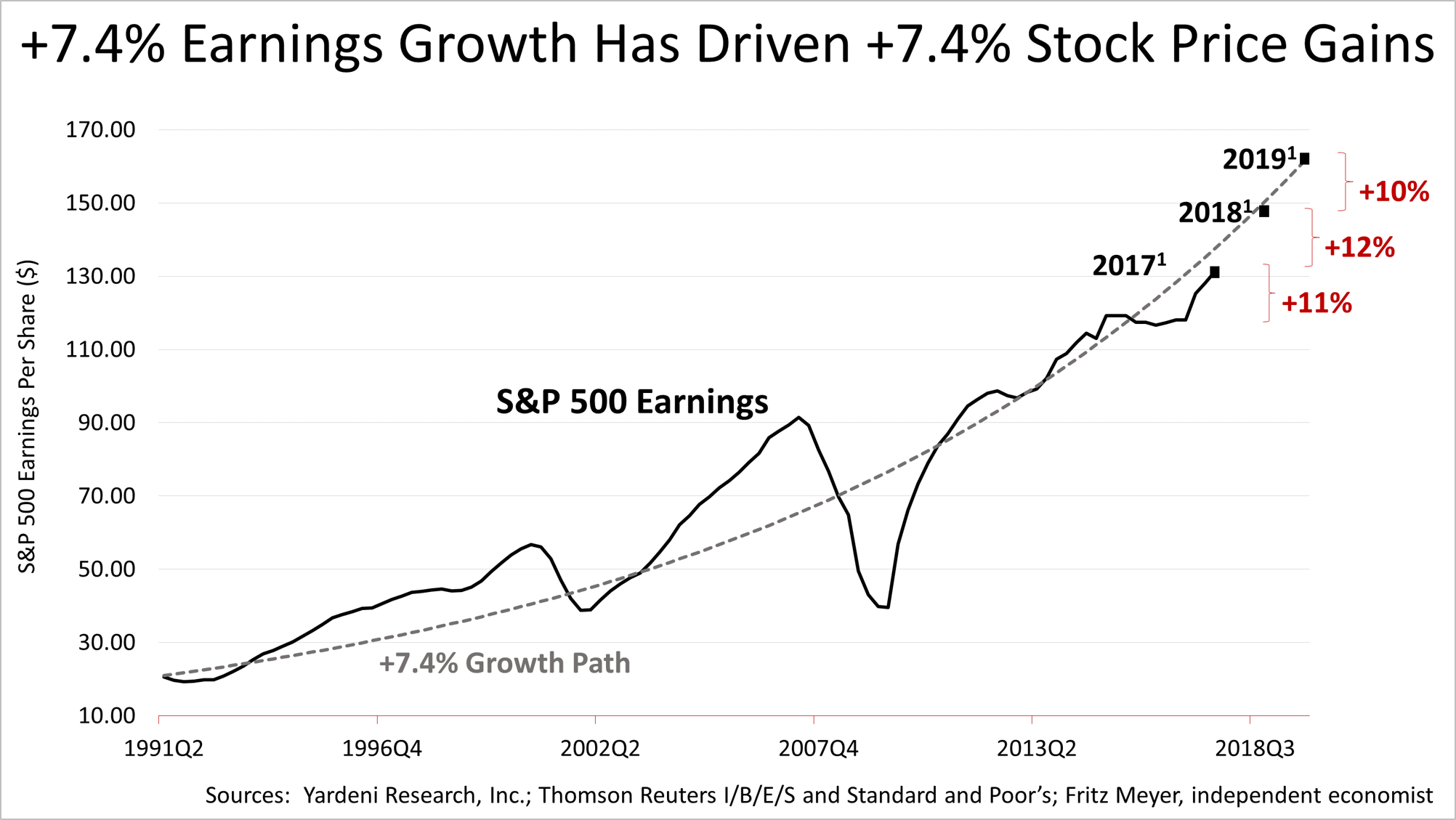 The earnings picture is bright. Since the start of the decade-long expansion that began in early 1991, earnings grew at an average annual rate of 7.4%. The Standard & Poor's 500 averaged a 7.4% total return annually in that same period.

While the long bull market could die in its tracks suddenly in the event of an unexpected crisis or change in sentiment, the trajectory of stocks based on the earnings growth expected is shown in the dotted line, and the black squares show the expected price assuming the current valuation.


However, the expected earnings growth is better than what is shown in the black dotted line. In 2017, 2018 and 2019, the earnings growth rate is not expected to be 7.4%, but rather 11%, 12% and 10% respectively. This explains why investors bid the market higher very consistently recently. 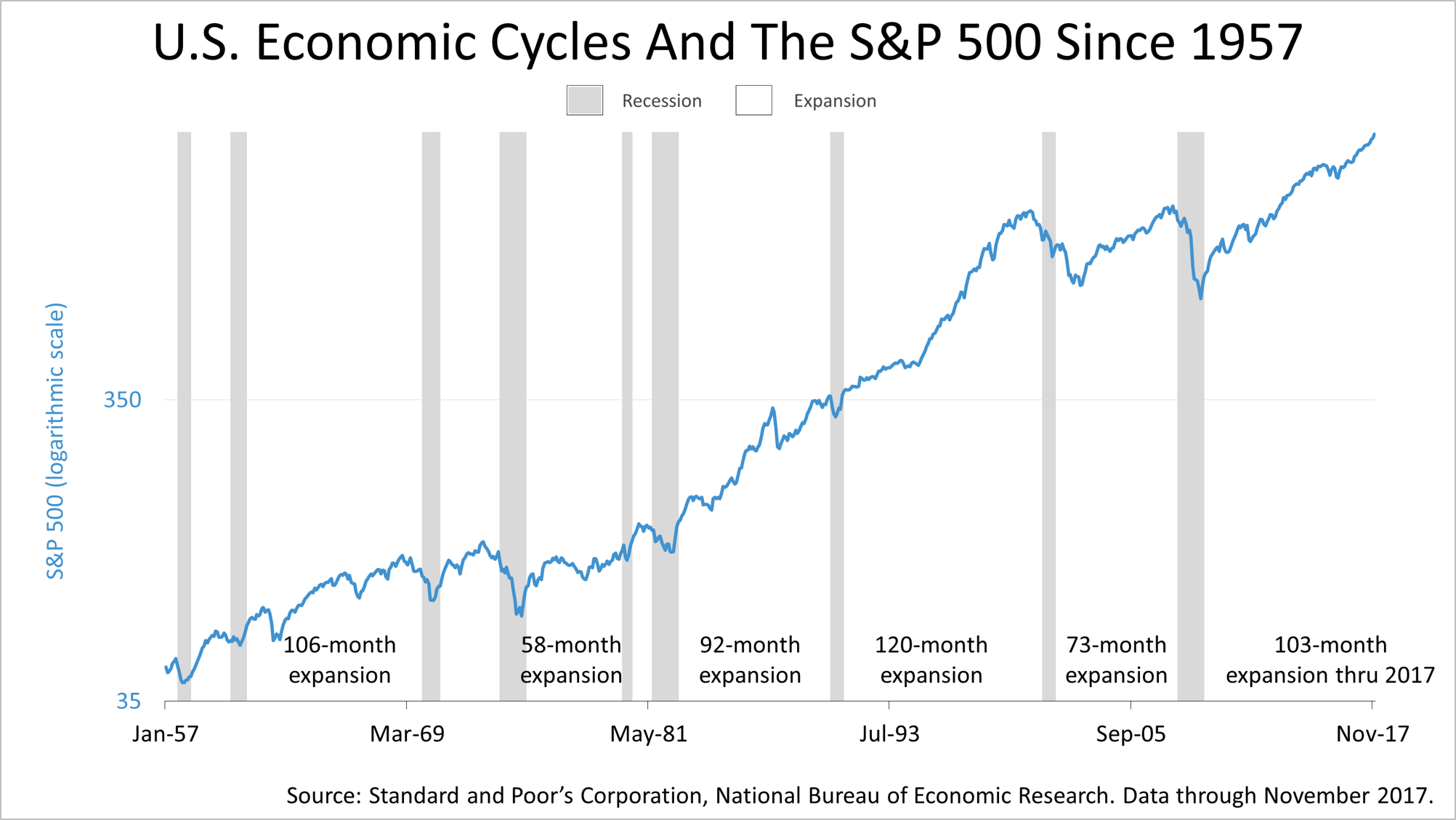 At 103 months, this expansion is the third longest in modern U.S. history, behind the 120-month boom of the 1990s and the 106-month long expansion of the 1960s. This growth cycle could set a new modern record, but you never know what's going to happen for sure. 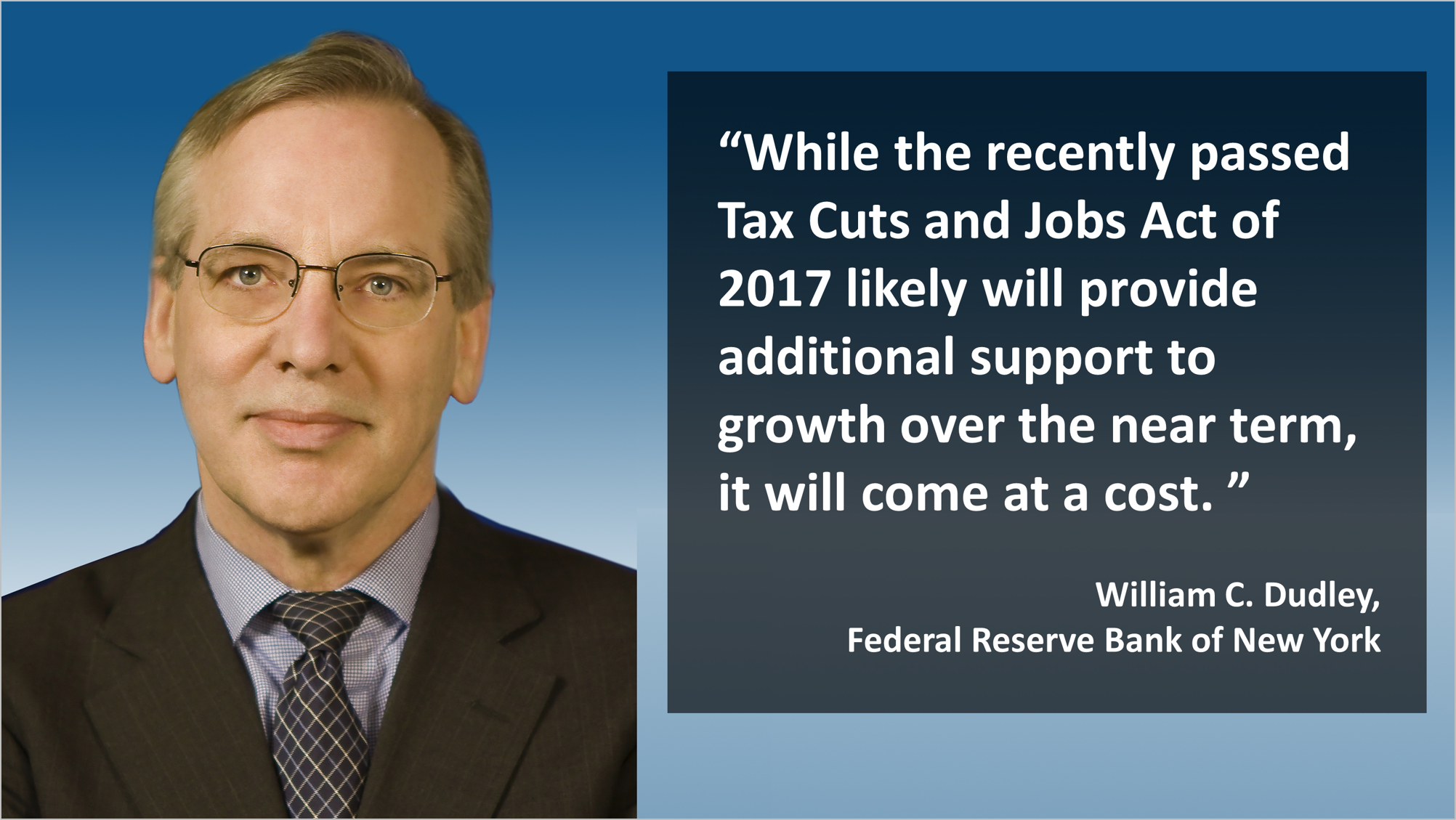 William C. Dudley, outgoing president of The Federal Reserve Bank of New York, warned in a speech last week that the new tax law damaged the creditworthiness of the nation by increasing deficit spending when the government debt was already unsustainable in the long run.


"While the recently passed Tax Cuts and Jobs Act of 2017 likely will provide additional support to growth over the near term, it will come at a cost," said Mr. Dudley. "After all, there is no such thing as a free lunch. The legislation will increase the nation's longer-term fiscal burden, which is already facing other pressures, such as higher debt service costs and entitlement spending as the baby-boom generation retires."

Mr. Dudley, who recently announced plans to leave the Fed, said the tax reform's near-term benefits could ultimately damage faith in the credit of the United States.

"While this does not seem to be a great concern to market participants today, the current fiscal path is unsustainable," Mr. Dudley added. "In the long run, ignoring the budget math risks driving up longer-term interest rates, crowding out private sector investment and diminishing the country's creditworthiness. These dynamics could counteract any favorable direct effects the tax package might have on capital spending and potential output." 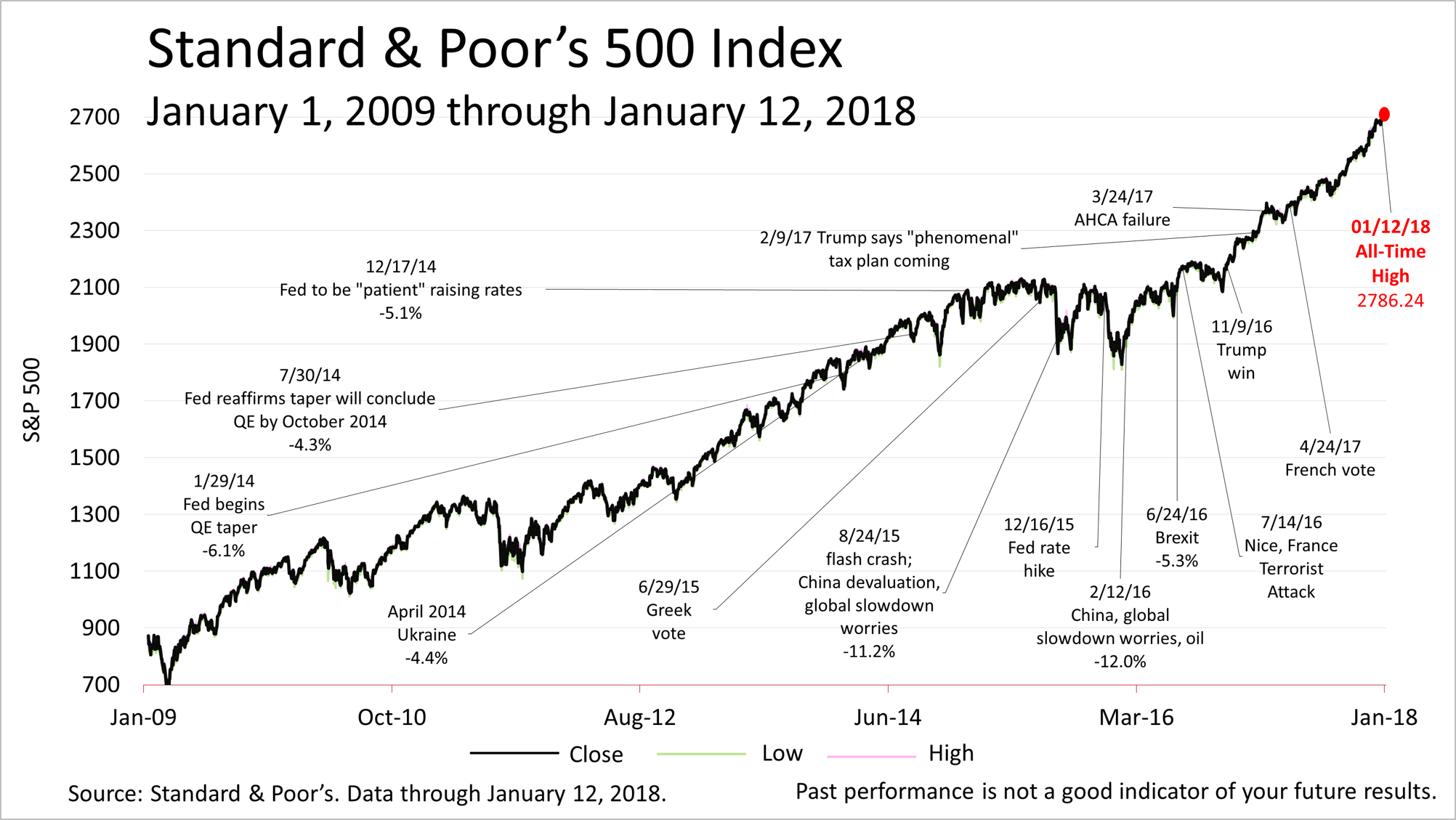 Despite a sensational political crisis in Washington, D.C., the Standard & Poor's 500 closed the week at 2786.24, another new record high price.

Yet plenty could go wrong. Rapid acceleration in growth increases the likelihood of the Fed making a mistake by quashing growth or allowing the economy to overheat and inflation to surge. A constitutional crisis, the nuclear standoff with North Korea and unspeakably horrible events seem more imaginable than ever.


A 10% or 15% drop could occur on a flash of bad news and the chance of a bear market decline of 20% or more increases as the eight-and-a-half-year bull market grows older.


But the economy now shows no sign of slipping into a recession. To the contrary, smashing earnings growth is expected for 2017, 2018 and 2019, and that's literally the bottom line.

This article was written by a veteran financial journalist based on data compiled and analyzed by independent economist, Fritz Meyer. While these are sources we believe to be reliable, the information is not intended to be used as financial advice without consulting a professional about your personal situation.

Indices are unmanaged and not available for direct investment. Investments with higher return potential carry greater risk for loss. Past performance is not an indicator of your future results.