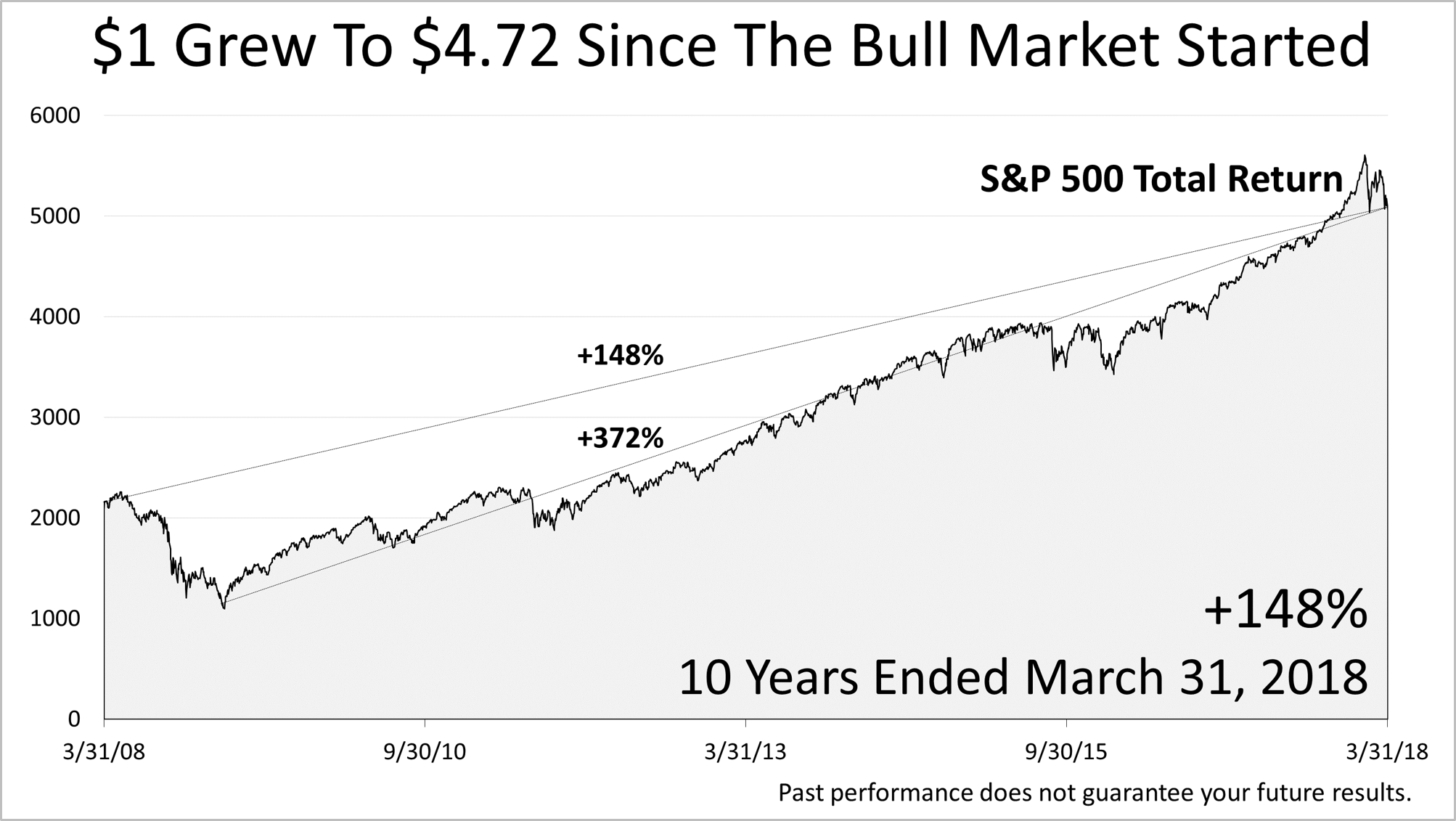 Ten years ago, the economic outlook was bleak. The U.S. was in a recession. The subprime mortgage crisis was undermining Bear Stearns, Lehman Bros., Countrywide Financial, AIG, and other major financial institutions. General Motors looked like it might go out of business. 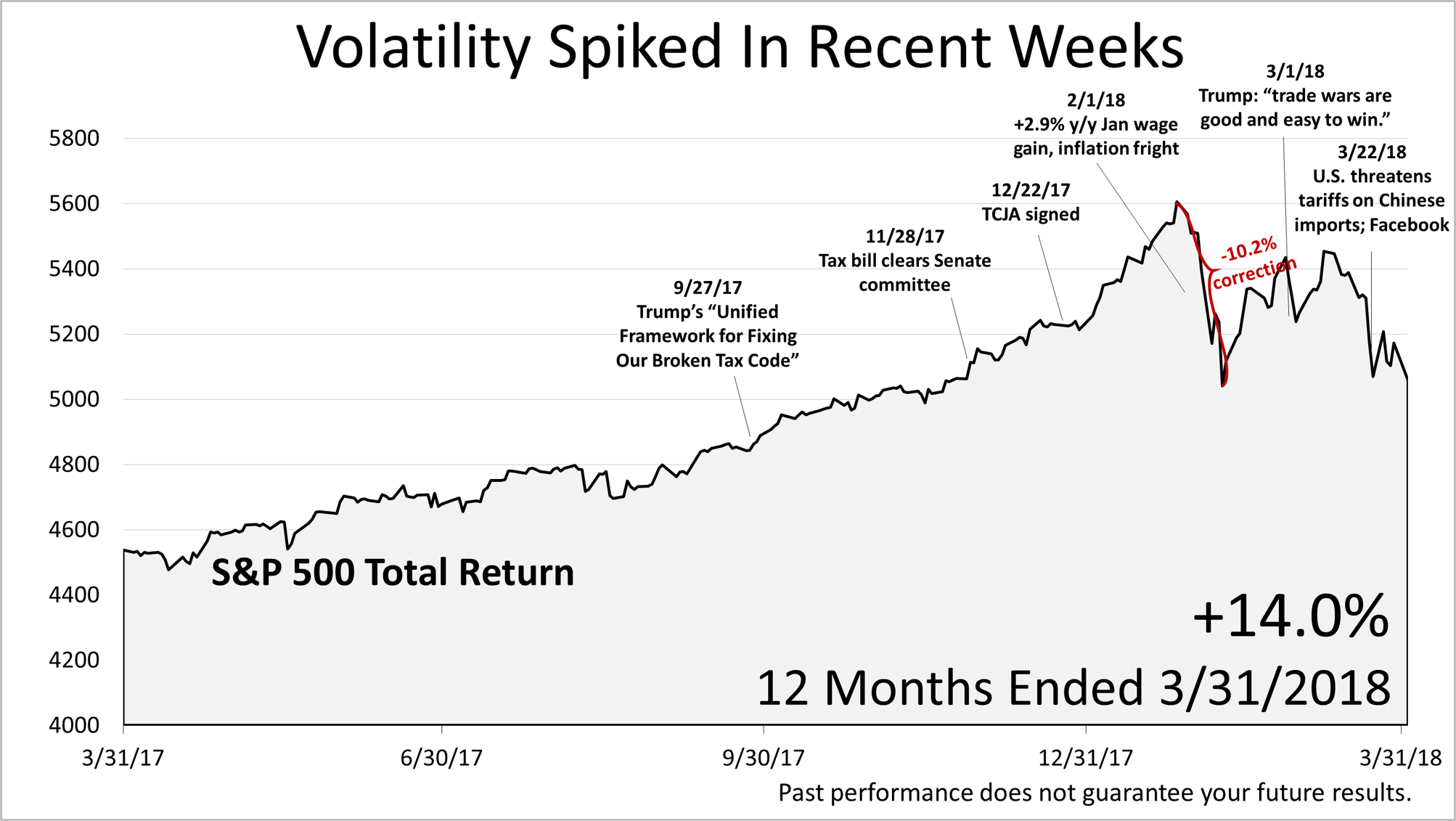 The market melted up in January 2018, on euphoria following the December 22, 2017 passage of the Tax Cut and Jobs Act. With valuations stretched, the market became vulnerable to bad news.


Stocks sold off in February, first on a booming January jobs report that stirred inflation jitters and then in March on the President's bellicose trade war talk. 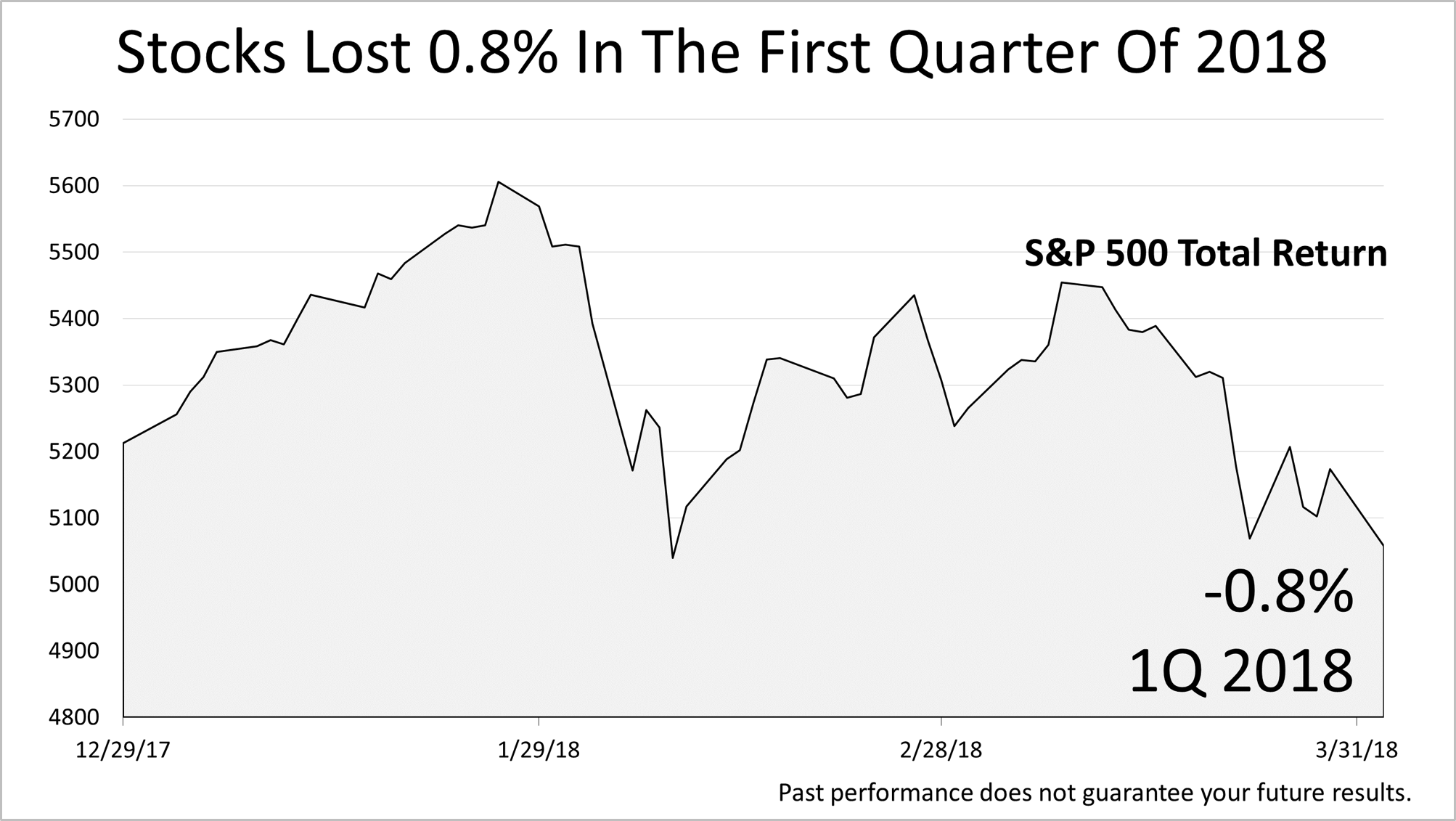 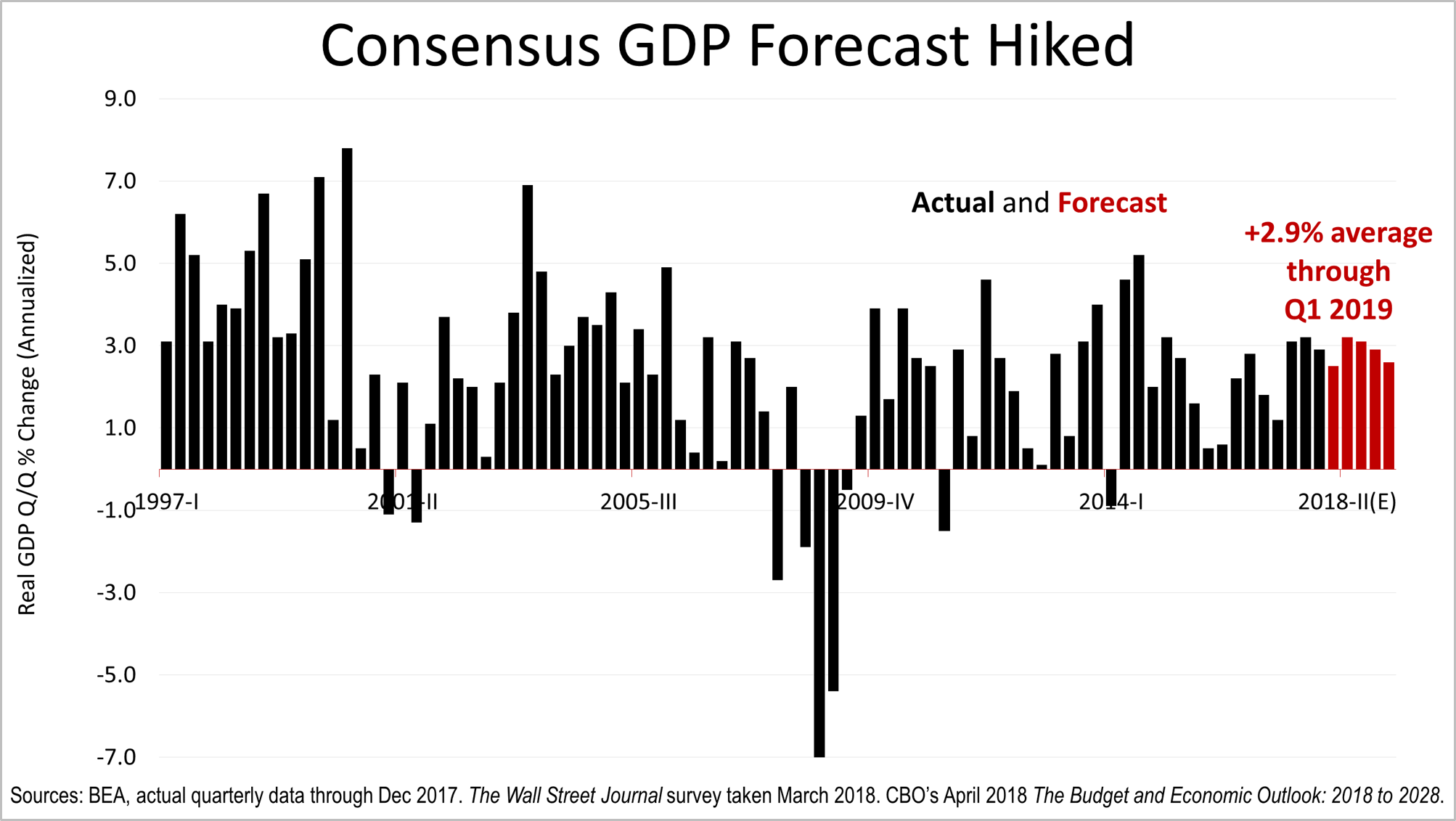 The 58 economists surveyed in early March by The Wall Street Journal hiked their forecast. In February, they had predicted average quarterly growth of 2.7% for the five quarters through the 1Q2019, but upped it in March to 2.9%. The average growth rate of the U.S. since the expansion started in March 2009 is 2.2%, and the 2.9% expected rate of growth for the five quarters through 1Q2019 is a 35% improvement. 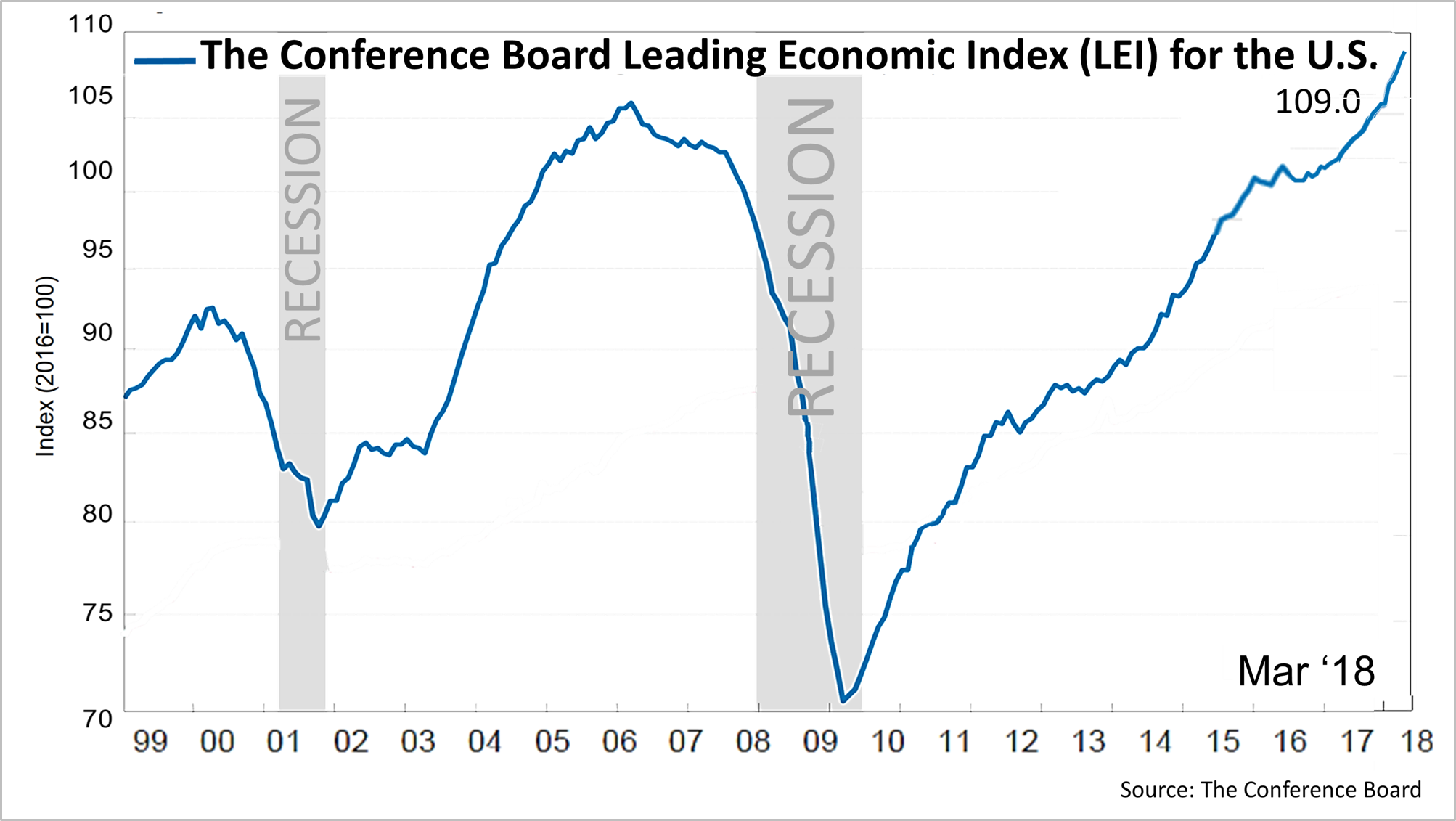 On Thursday, the March release of the U.S. leading economic indicators showed remarkable strength, continuing to surge past the highest point of the last economic expansion. This is a forward-looking indicator and it's pointing toward solid growth for the rest of 2018. 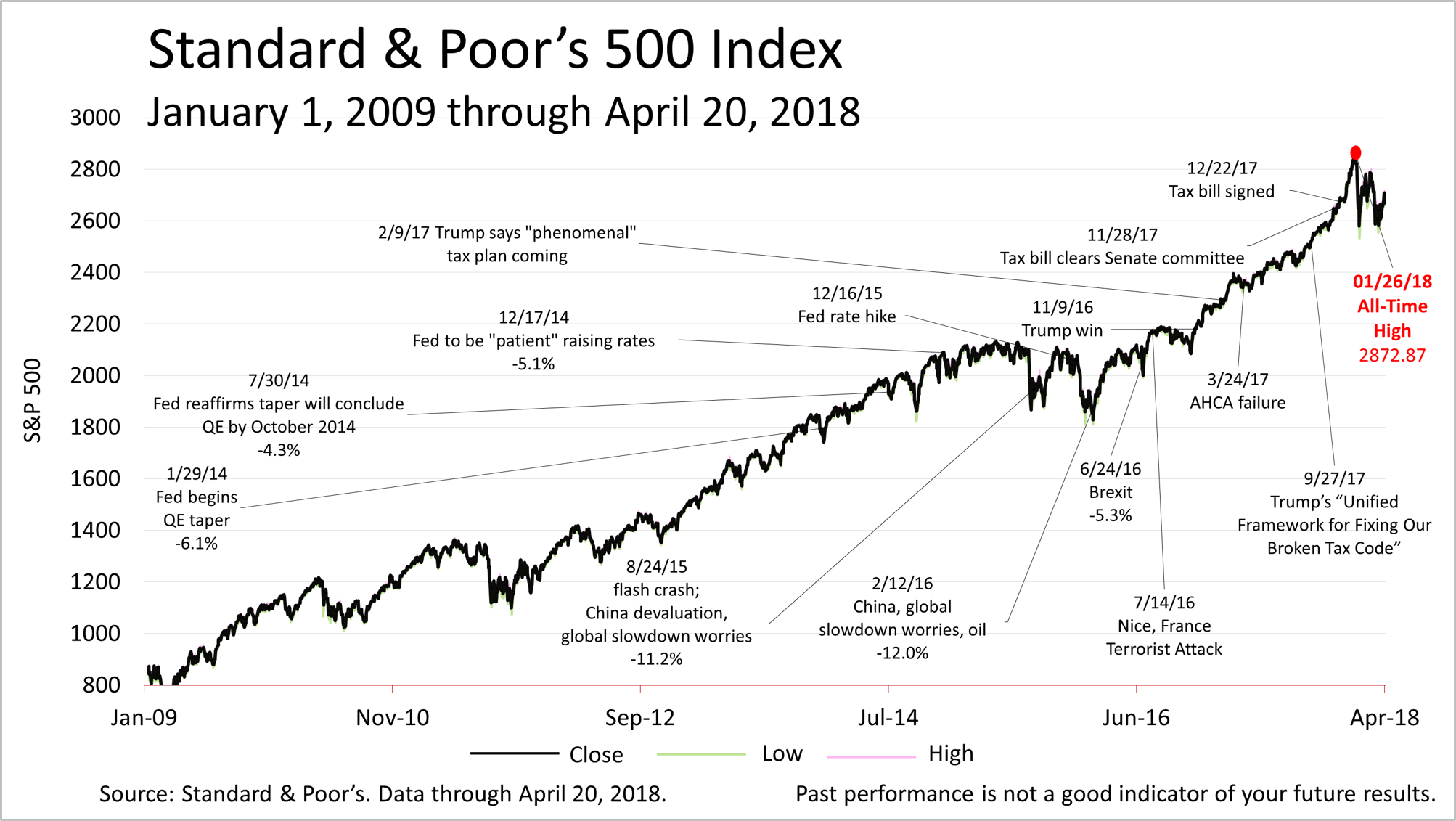 Stocks are not from their all-time high. Prices are reasonable, considering the extremely strong earnings growth of 20% expected for 2018, which compares with the historical annual norm of 7.4%.*

Ten years ago, who'd a thunk it? Yet it's been a very good 10 years for investors. Despite the frightening headlines, increased stock market volatility, and the weak returns on stocks in the first quarter, very strong economic fundamentals remain in place.

This article was written by a veteran financial journalist based on data compiled and analyzed by independent economist, Fritz Meyer. While these are sources we believe to be reliable, the information is not intended to be used as financial advice without consulting a professional about your personal situation. Indices are unmanaged and not available for direct investment. Investments with higher return potential carry greater risk for loss. Past performance is not an indicator of your future results.